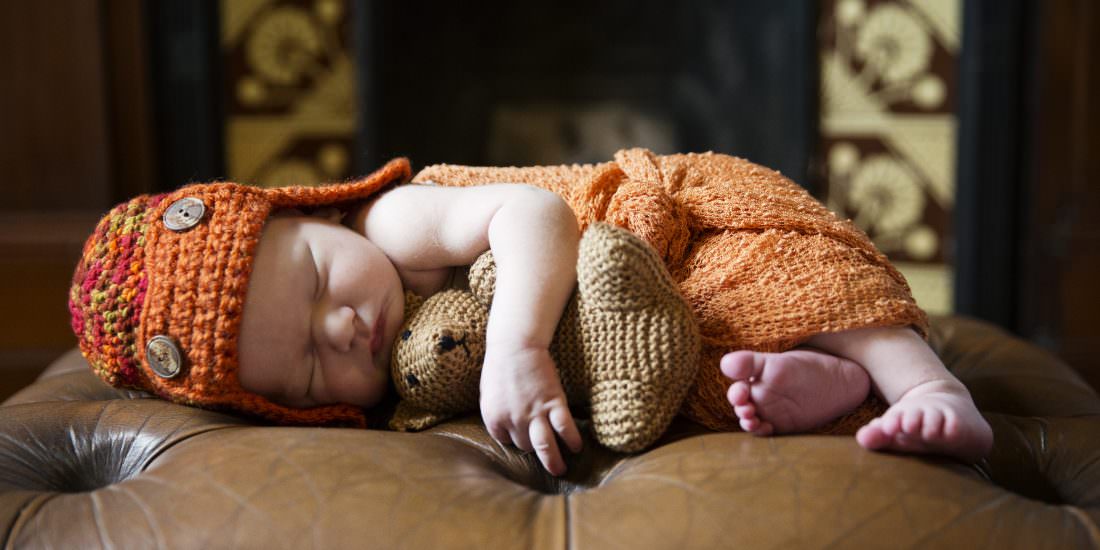 Yesterday I had the pleasure of spending my day with this adorable little squish! Next year I am photographing Karlee & Michael’s wedding, so I was super excited when they let me know they were expecting.

After a bit of a feed and settling him down, we got to shooting. Harley was such a great little model for me! He was quite happy to stay sleeping while I posed him, although he had to stay wrapped for the majority of the time, as this strong little worm wanted to throw his arms around and push off from everything with his strong little legs. He was such a strong bub, that at the end of the shoot when he was getting his nappy changed, he rolled him self over fully and pushed himself onto his little knees! Insanely strong for an 11 day old!

Michael brought along his army uniform to the shoot for us to incorporate into some of the images, which was a really lovely personal touch.

We finished off our shoot in Woodville with some nice family images.

Thanks little Harley for being such a great little model for me! 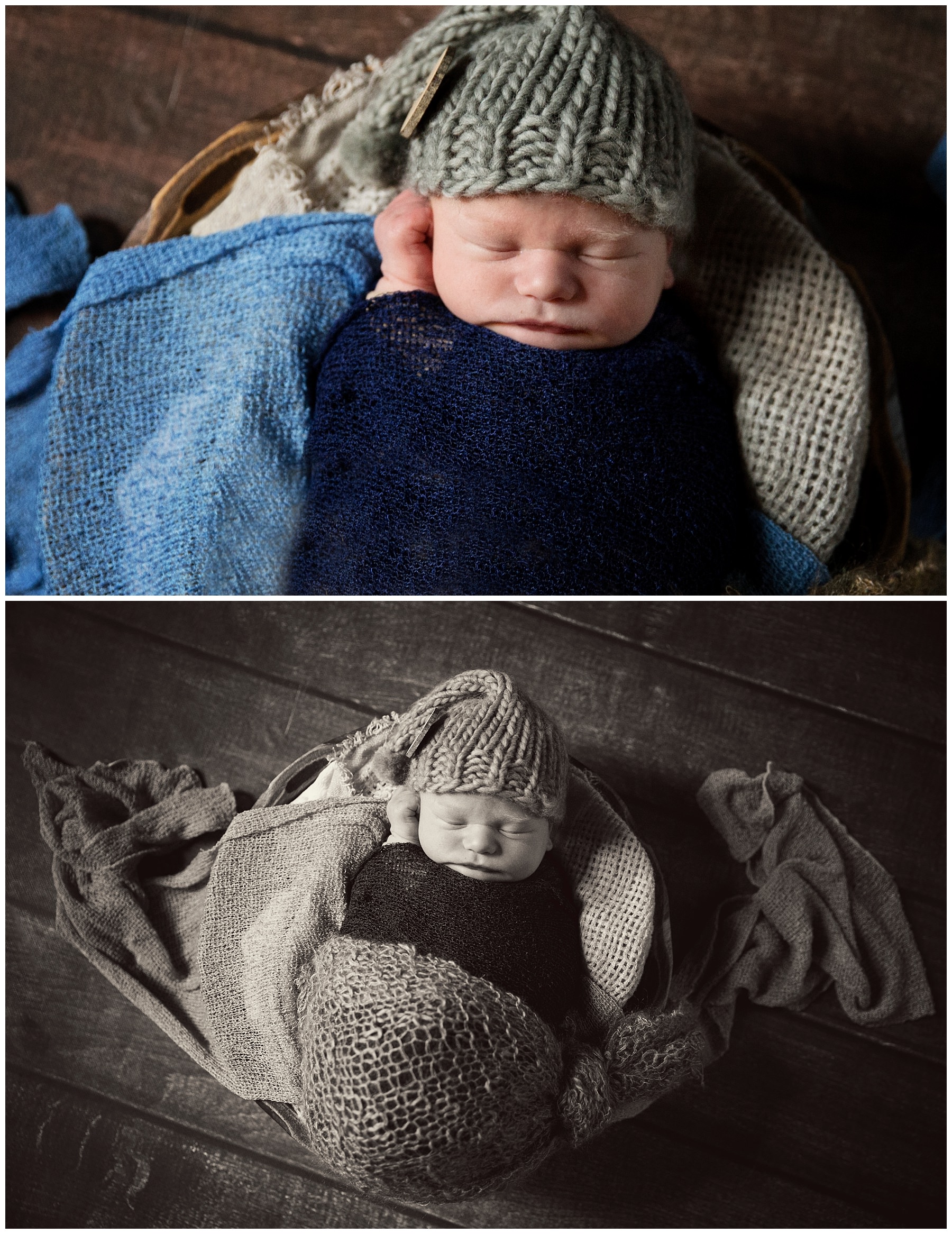 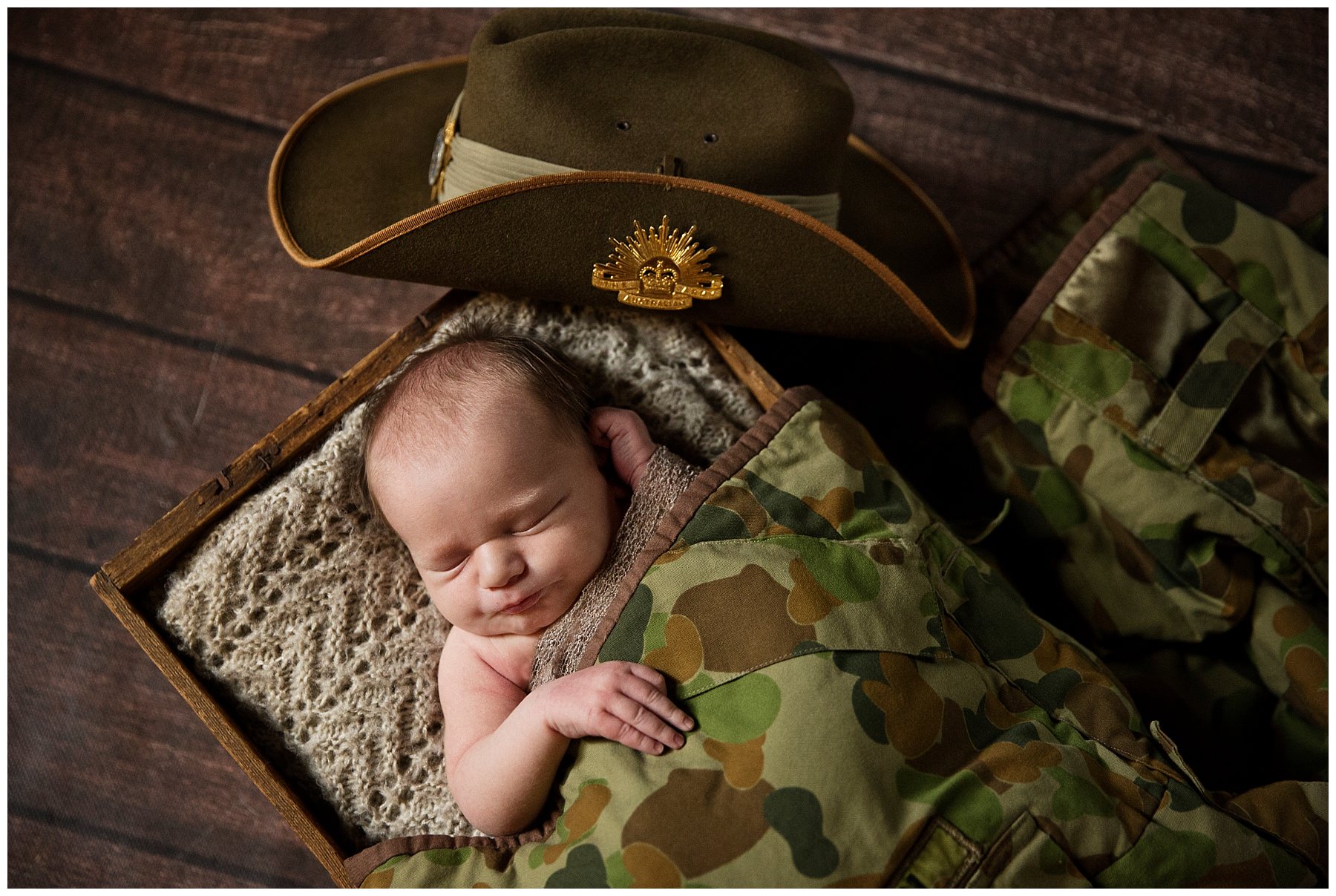 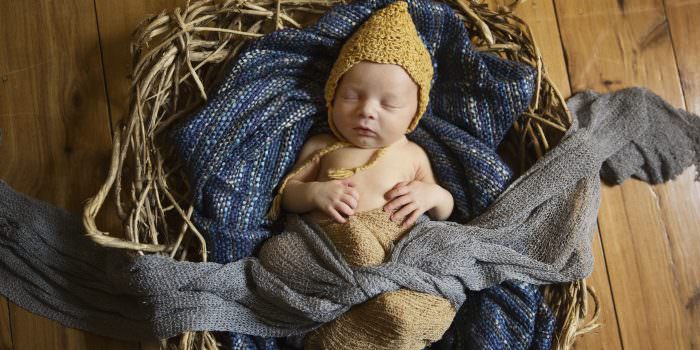